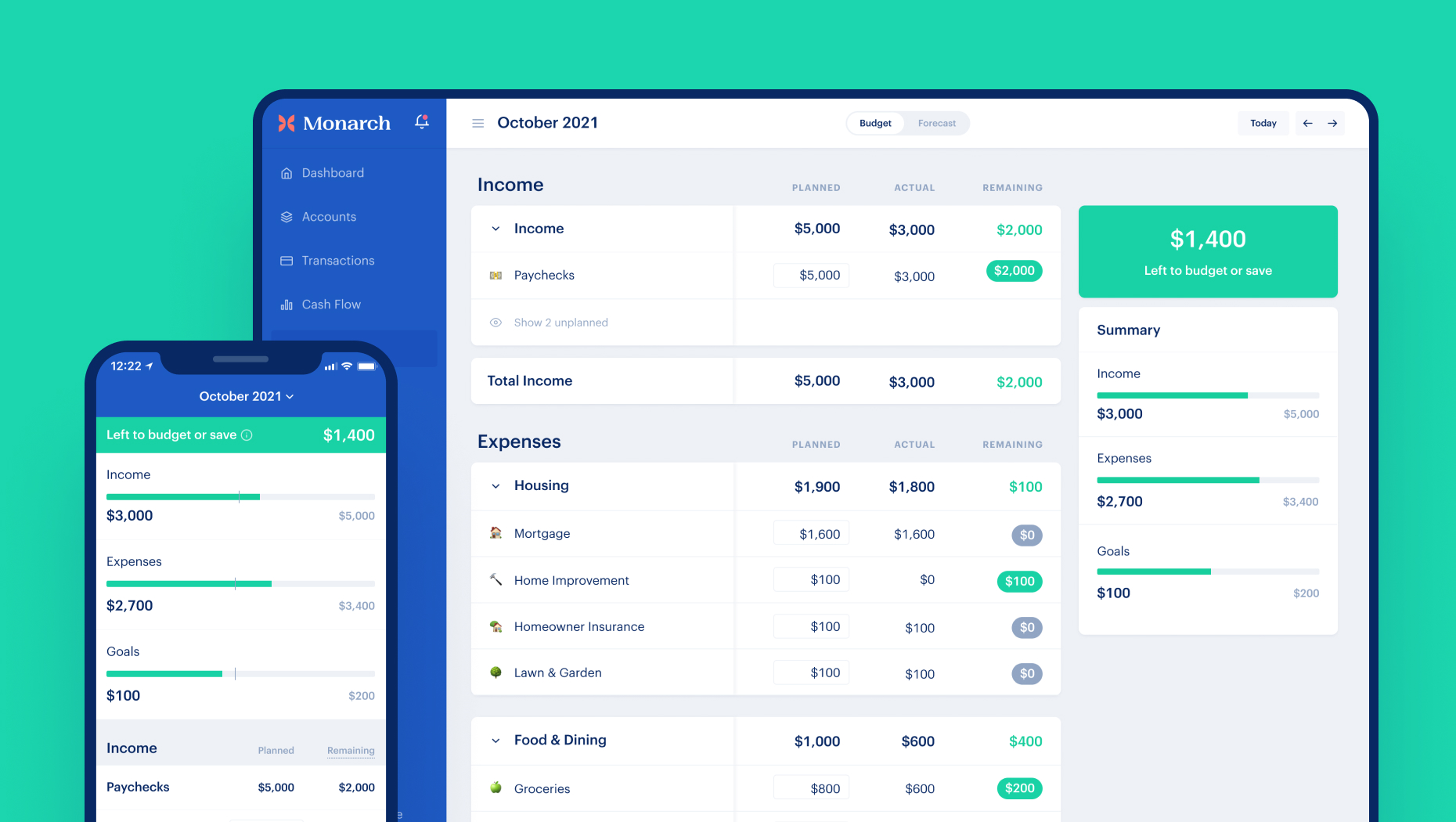 New layout for the Plan section

Design improvements to the Plan section now make it easier to budget and forecast your money.

Version 1.0.47 of the iOS app released last week makes it a universal app which means the interface will natively support the iPad now. Previously you could run the iPhone app on an iPad but it ran as an iPhone app so it didn't take advantage of the larger screen and could not be rotated horizontally to portrait mode. We plan to add more iPad optimization to take advantage of all the extra space but this should be a big improvement for anyone looking to run the iOS app on an iPad.

The modern way to manage your money

Monarch is an all-in-one platform that brings together everything you need to optimize your finances. Join thousands of families using Monarch to achieve financial resilience.